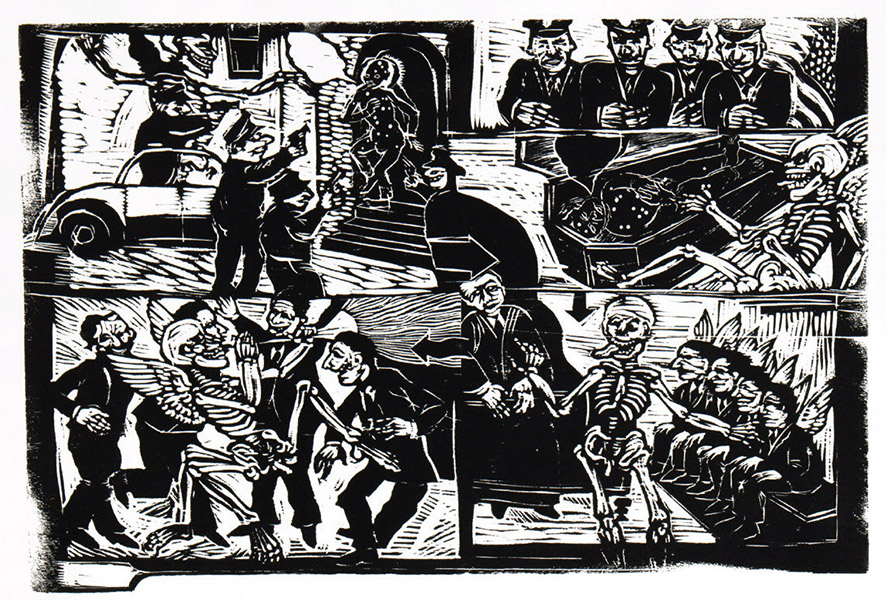 The Artists Archives of the Western Reserve (AAWR) is proud to present the pop-up exhibition, Marvin Smith: Renaissance Man, a show and sale of the prints, ceramics, and other work by Archived Artist Marvin D. Smith. The event will be celebrated with an Opening Reception on Friday, May 11th, 6:00 – 9:00pm.

Marvin Smith: Renaissance Man was conceptualized by Kelly Pontoni, a non-traditional student in her third year at the Cleveland Institute of Art as part of Creativity Works, a grant-funded internship program that provides professional opportunities for visual arts students. Pontoni became interested in Smith’s work after meeting the artist’s daughter, Marie, and viewing her vast collection of prints, paintings, creative writing and ceramics that were left after his passing over ten years ago.

Marvin Smith obtained his BFA from the Cleveland Institute of Art in 1958 and went on to work as an illustrator for American Greetings Corporation for over 30 years. In addition to exhibiting his work in many regional, national and international shows, Smith had extensive experience in designing site-specific art. He had numerous ceramic relief murals commissioned by individuals, organizations and institutions throughout the United States, including a series of forty-eight pieces for the Pauline Warfield Lewis Center in Cincinnati through the Ohio Arts Council Percent for Art program and a mural and ceramic relief sculpture for Southwest General Hospital in Berea, Ohio. Smith was also an educator who taught at the CIA, the Cooper School of Art and many other institutions.

As a printmaker herself, Pontoni “fell in love with his woodcuts and intaglio prints” and submitted a proposal for the Creativity Works internship to organize, catalog and curate a show of Marvin’s art. A portion of the proceeds of the exhibition will be used to create a CIA scholarship in Marvin Smith’s name.

The AAWR, where Smith’s work has been archived since 2000, is pleased to host this event and join Kelly in celebrating the legacy of Marvin Smith, as well as encouraging future generations of Cleveland printmakers.