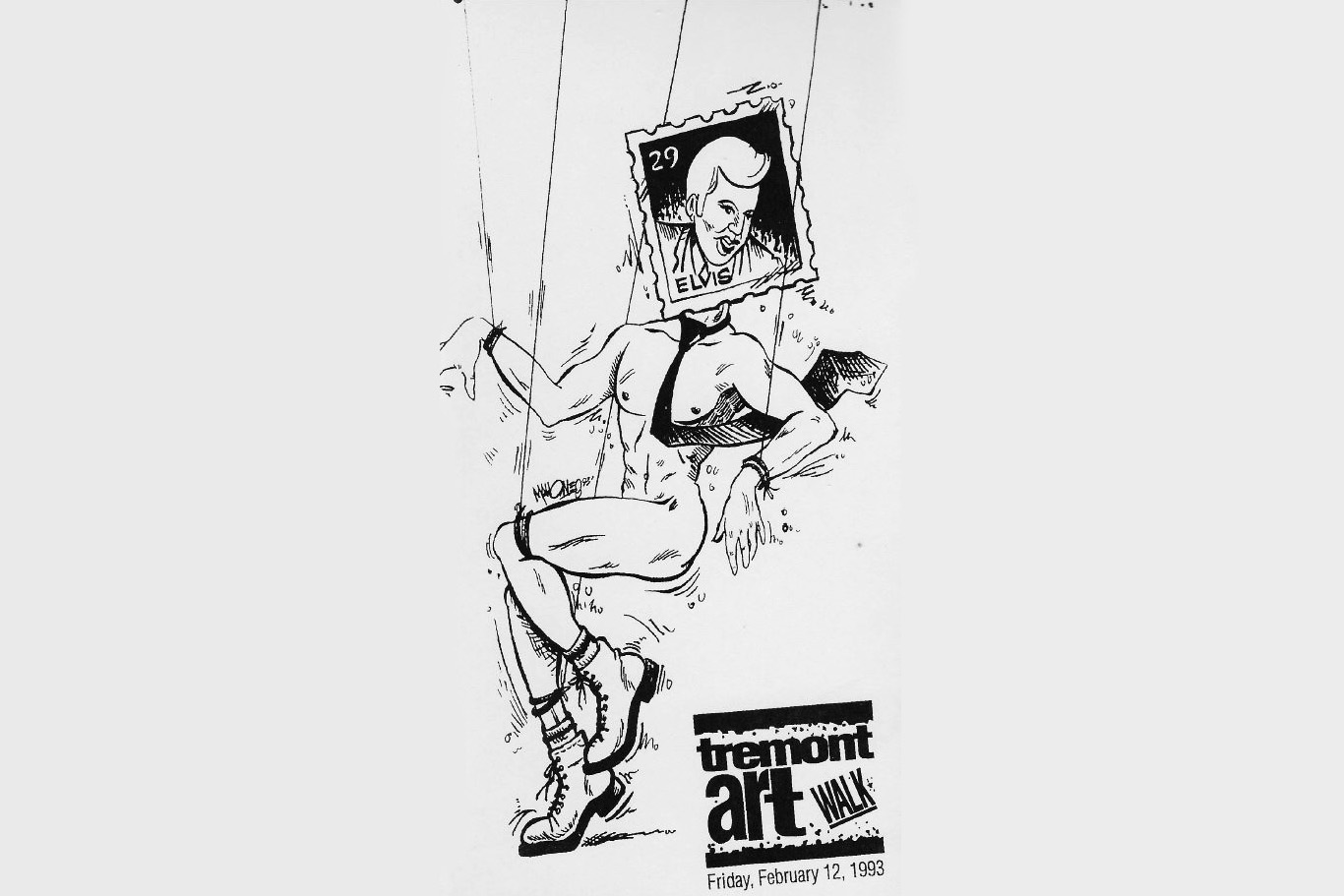 To attend the free virtual program, REGISTER ON ZOOM

The transformation of Tremont has been swift and profound. Where once shuttered homes and dilapidated store fronts clung to life, now art galleries, chic restaurants, and luxury apartments crowd the narrow streets.  But before there were high-rises, there were artists – a bold creative class who saw the potential in the aging west side neighborhood.

On Wednesday, June 15th, the Artists Archives will host Tremont Vanguards, a virtual program which examines the role of the artists and innovators who transformed the crumbling Tremont neighborhood into the thriving creative community of today. Led by Mindy Tousley, former co-director of City Artists at Work, the moderated conversation will include Dr. Theresa Boyd, owner of Doubting Thomas Gallery, and foundational Tremont artists Jeff Chiplis, Terry Durst, and Angelica Pozo.

As artist Terry Durst describes, “I moved to Tremont in 1989…It was an old, rough neighborhood with buildings and streets textured much like the work I was already making, kind of decrepit. Jean Brandt was the first person I know of who opened her law office as a gallery and actually publicized the shows. I had the first show at her space and that was in 1990… Over this time many more galleries popped up and the Art Walk was created,” which still attracts throngs of visitors to this day.

This 45-minute conversation will explore their artistic contributions and trace the area’s meteoric rise, as well as examine the double-edged sword of the gentrification that followed. As Terry Durst explains, “in the end, right before my partner Dan and I moved from Tremont to Collinwood, one day we went to [a popular restaurant] for lunch and were told we weren’t dressed well enough to be there. The rents were skyrocketing. That’s how the neighborhood changed for artists… Although I did love living in Tremont while I was there.”

To attend the free program, REGISTER ON ZOOM 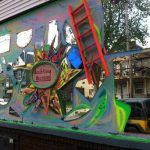 Dr. Theresa Boyd formed Doubting Thomas Gallery in 2000 alongside of Ann Cantillon, Robert Ritchie and Mark Hopkins, with the goal of creating egalitarian setting for art, poetry and performance. Over 20 years later the gallery is still going strong. It honors local artists, all forms of visual expression, spoken word, music, social experimentation, and experimentation in general. Doubting Thomas is among Tremont’s most-long-lived art spaces, and features a revolving set of exciting exhibitions, which often open in conjunction with the historic Tremont ArtWalk. 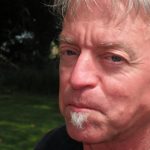 Jeff Chiplis is an internationally known artist who creates exotic sculptures with multi-colored neon tubes. He has been a powerful force in the rejuvenation of the Tremont neighborhood and was on the board of directors of the SPACES nonprofit art galley and other organizations. Tremond is a near West Side Cleveland neighborhood. Source: Cleveland.com 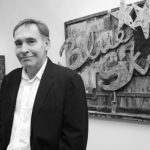 Terry Durst grew up in Wadsworth, the only child of his mother, a legal secretary, and father, a printer for the Akron Beacon Journal. He identified as an artist early in life and spent a portion of his post high school years roaming the country from New York City to Pittsburgh to San Francisco, working odd jobs. In the early 1980s, at the age of 28, he enrolled at Kent State University to pursue a bachelor’s degree in art with an eye toward sculpture. Durst studied film under Richard Myers and was torn during college between sculpture and film. After graduation in 1987 he decided to focus on sculpture, “Ultimately, I decided I would have more control over sculpture. Making film was expensive and involved a lot of people” He credits Artist Robert Rauschenberg as an early influence, and Rock and Roll remains a life-long source of inspiration to him. Durst has exhibited widely in the area and was an integral part of the group of Kent State artists who subsequently made the Tremont neighborhood of Cleveland. a go-to arts destination in the 1980’s and 1990’s. 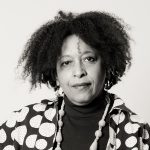 Angelica Pozo is a nationally recognized ceramic artist, educator and author. A New York City native, born of Cuban and Puerto Rican parents, has lived in Cleveland since 1984. She moved there from Ann Arbor, Michigan, where she received her Masters of Fine Arts from the University of Michigan.  Her Bachelor of Fine Arts is from SUNY College of Ceramics in Alfred, NY. A full time self employed ceramic artist, Angelica divides her time between public art, tile and sculptural studio work, writing how to books, teaching workshops on ceramic decoration, tile making and architectural ceramics and often serves as an artist-in-residence on large tile/mosaic projects in school and community settings. Recipient of an OAC Individual Artist Fellowship, she is in the permanent collection of Museum of Art & Design in New York City. She served as one of the four curators for the first CAN Triennial, in conjunction with the first FRONT international Triennial, that took place in Cleveland summer 2018. 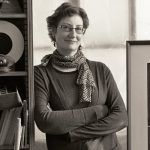 Mindy Tousley has been Executive Director of the Artists Archives of the Western Reserve since 2016, where she brings with her an art related business background, years of practical experience in the Cleveland art scene and broad community contacts. Her goal as director is to enhance the visibility of the AAWR through area wide collaborations and partnerships. Among her numerous accolades: Mindy has been an AAWR Board member and has organized the AAWR’s NewNow, the Northern Ohio–wide open art competition held at Tri-C East. Mindy is the former director of Akron’s Harris Stanton Gallery, a co-organizer of City Artists at Work Open Studio tours in the Quarter Art District, and former Secretary of the Northern Ohio Art Dealers Association. As an artist, Mindy has won numerous awards and honors, is collected locally and nationally.