The May Show: The Museum, The Community, & The Story of Art in Cleveland

The May Show. If you are a creative type in Cleveland, you’ve heard it mentioned, and likely in the same breath as some choice words concerning its removal. Hosted by the Cleveland Museum of Art, the annual juried show served as a who’s who of regional artists for nearly 75 years until it was retired in 1993 due to mounting expense and the reallocation of resources towards national-level exhibitions.

Its cancellation sparked debates of revival for decades, but whether you miss it, love it, or hate it, the May Show played a huge role in the development of art in Cleveland. On May 12th, join the Artists Archives for The May Show: The Museum, The Community, & The Story of Art in Cleveland, a virtual panel discussion which examines the role of major museums in relation to the creative communities which surround them.

Moderated by Michael Gill, Executive Director of the Collective Arts Network (CAN), the program features Henry Adams (Case Western Reserve University), Key Jo Lee (Cleveland Museum of Art), and Steven Litt (The Plain Dealer). Spanning the worlds of academia, museums, and critical review, each panelist brings unique expertise and perspective to the conversation. Steven Litt, Art and Architecture Critic for Cleveland’s Plain Dealer since 1991, will share his intimate knowledge of the contemporary art scene both before and after the Show’s removal. Key Jo Lee, Director of Academic Affairs and Associate Curator of Special Projects at the Cleveland Museum of Art, is a transplant to the city, and self-described “new kid in town who has never experienced the May Show.” Lee will offer a fresh outlook and speak to an “alternate vision” of engagement which is “not driven by direct commodification.” Professor of Art History at Case Western, Henry Adams, has written extensively concerning early 20th century art in Cleveland and will contribute a solid historical framework, in addition to championing the Show’s return.

The discussion, however, will move far beyond the question of the Show’s revival. As moderator Michael Gill explains, “I want to create the next generation of May Show discussion…one which doesn’t just rehash conversations which have been had for decades but instead examines the relationship between the museum and the community, and imagines new possibilities of engagement.”

The May Show: The Museum, The Community, & The Story of Art in Cleveland is free and open to the public on the Zoom meeting platform. An audience Q & A will follow the discussion. 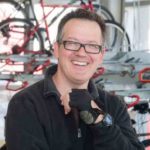 About Moderator Michael Gill: Michael Gill is founding executive director of Collective Arts Network, the nonprofit organization that publishes CAN Journal, its website, blog, and newsletter.  This role draws on the diverse skills of his varied, liberal-arts-informed career. Prior to CAN, he served as arts editor at both the Cleveland Free Times and Cleveland Scene. And prior to that, he was marketing director at Beck Center for the Arts.  Michael has won multiple awards for arts feature writing from the Cleveland Press Club, and in 2007 the organization named him the “Best Essayist in Ohio.”  In 2019, the same organization named CAN Journal the “Best Magazine in Ohio,” which is a tribute to designer JoAnn Dickey and the multitude of artists, writers, and organizations that contribute to the magazine. All this came long after the demise of the May Show. Yet through those decades, he has heard people talk about what a loss that was.

About Panelist Henry Adams: The author of about 400 articles and thirty books in the American field, Henry Adams has written widely on Cleveland art, including books and catalogues on the artists Viktor Schreckengost, Paul Travis, Frank Wilcox, Edris Eckhart, and Dexter Davis, as well as on the Kokoon Club and Cleveland Modernism before the Armory Show of 1913.  In April of 2019 he wrote an article in CAN titled “What happened to the May Show,” in which he proposed that the May Show deserves a comeback. 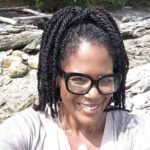 About Panelist Key Jo Lee: Key Jo Lee is director of academic affairs and associate curator of special projects at the Cleveland Museum of Art. She designs and implements programs to inspire scholarly engagement with the CMA’s collections; creates and tracks opportunities for undergraduate and graduate students’ exposure to humanities fields and museum careers; and develops and oversees the CMA’s academic institutional partnerships. Lee, whose expertise is in American art history, the history of photography, and African American studies as well as museum education, is responsible for curatorial and publication projects that both highlight the intersection of scholarly work and public audiences and illuminate works in the collection by artists of the Black diaspora. She is currently a PhD candidate in art history and African American studies at Yale University. Her dissertation is titled “Precarious Matter(s): Photography, Physics, and Blackness.” 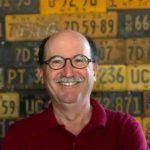 About Panelist Steven Litt: Steven Litt has been the art and architecture critic of The Plain Dealer in Cleveland, Ohio, since 1991. His work has also appeared in ARTnews, Metropolis, Architecture, Landscape Architecture, and other magazines. Steve holds a bachelor’s degree in art from Brown University, a master’s degree in journalism from Columbia University, and a master’s degree in city planning from Cleveland State University. He is a 2010 winner of the Cleveland Arts Prize, a 2016 inductee into the Cleveland Press Club Hall of Fame, and the 2019 winner of the Centennial Award of the Ohio Chapter of the American Planning Association. In 2020, Steve was awarded the Leo Rabkin Prize for arts journalism.