Paul-Henri Bourguignon: Citizen of the World

With rich golden hues, bold plains and unapologetic brush strokes, Bourguignon opens a window to a world where all places, no matter how distant, seem magically familiar and all faces glow with the nobility of the human spirit. A long-time resident of Columbus, Paul-Henri chose Ohio as the location from which to transmit his borderless ideals of compassion and identification for nearly 40 years. Far from succumbing to the limitations of his land-locked address, Bourguignon used his art as a vehicle for cultural exchange. His acrylic paintings and gouaches were not mere exercises in color and form; they allowed the extension of his physical reach into people and locations unknown, known or merely imagined. 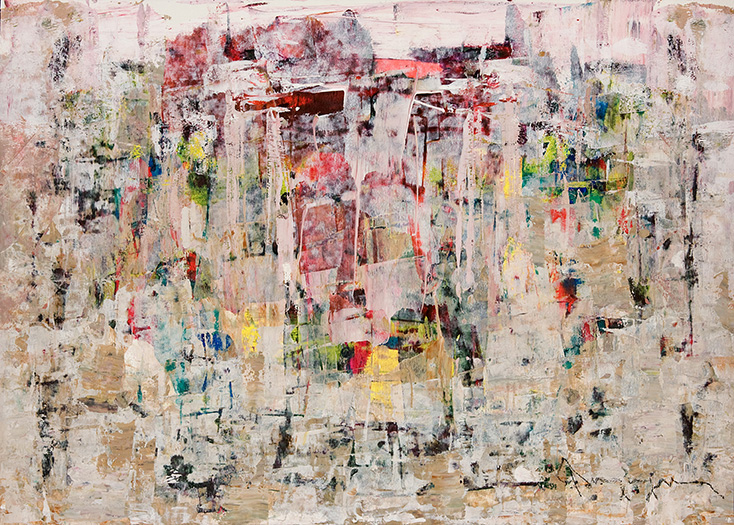 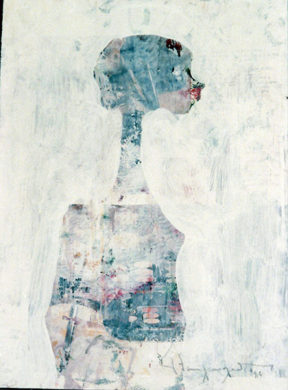 This sense of unity, however, did not spring from an unchallenged life. Born in Belgium in 1906, as a young man Bourguignon was subject to all brutalities and horrors World War II Europe had to offer. In 1940, Paul-Henri enlisted in the Belgium army and was sent North to France, only to be cut off by the German advance and forced back to Brussels to labor under the cruel hand of Nazi occupation. After the country’s liberation by Allied forces, the artist eagerly returned to his pre-war profession of journalist, covering the Battle of the Bulge and witnessing the pivotal and trying moments that marked the end of the war.

Despite experiencing first-hand the cruel realities of the human condition, Bourguignon did not withdraw from the spiritual light that he found inherent in mankind. He chose instead to create and exalt a universal voice that spoke to all people, regardless of race, faith or country of origin. This unique exhibition features a diverse sampling of the artist’s favorite subject matter. Landscapes depicting vivid, sunbaked shores and portraits that are more composites of human traits than individual likenesses stand boldly next to more abstract renderings of the rhythm and flow of crowds, events and personal meetings. 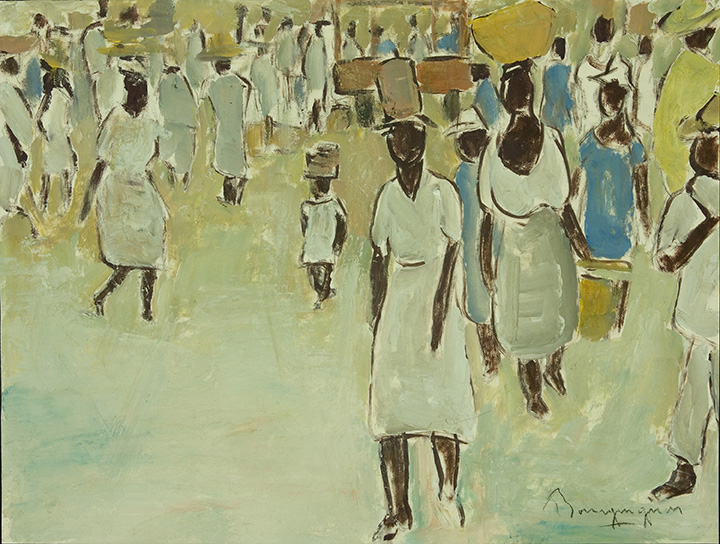 These images, many of which are from the Archive’s own collection, document the artist’s own travels to such far-flung places as Haiti and Peru. Even after he and his wife Erika settled in Columbus (Erika taught as Professor of Anthropology at Ohio State University for over three decades), Bourguignon refused to tie his identity to a single land or cultural perspective. He instead chose always to be a citizen of the world, forever turning elsewhere to see the truths in us all. As the artist put it in his own words, “Why not go elsewhere? Oh yes, elsewhere. That’s the right place for me. Where else could I nurture my dreams?” 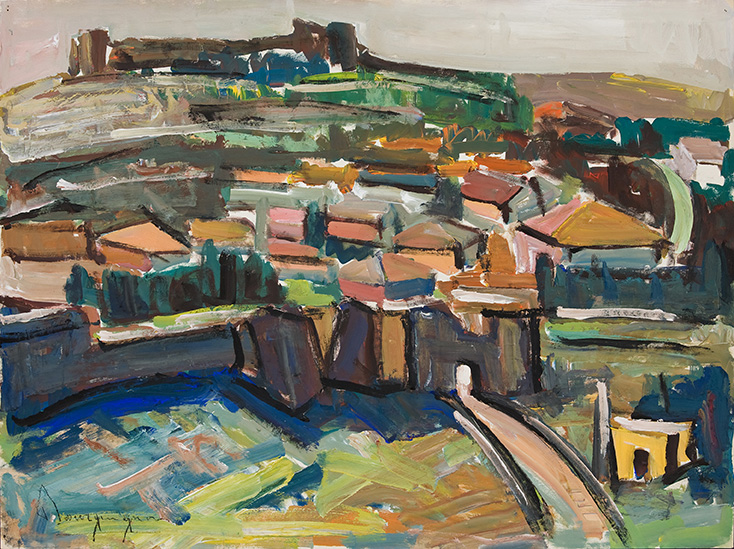