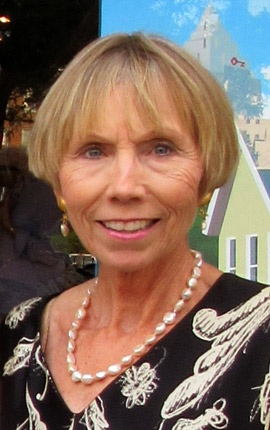 The Artists Archives of the Western Reserve is proud to present Collecting International Art with Meg Harris of Harris Stanton Gallery. Ms. Harris will lead us through the process of buying International art – where to buy International art, what to buy and issues one might encounter. Her discussion may offer insight to regional artists as they pursue their own global endeavors.

Meg’s interest in international art began with studying art history at Old Trail School, followed by a course in Japanese art at Smith College, and classes in Renaissance Art and Contemporary European Art while living in Florence, Italy in 1974. It was during these years that she also studied French and Italian language and literature, and became fluent in both languages. It was during her 7 year residency in London in the 80’s, where she began collecting art. Meg also studied art history with a professor at the Courtauld Institute there. She was hired as Gallery Director by the Evelyne Shaffer Gallery in Akron in 1988 upon her return to the States, where she studied under French-born Evelyne Shaffer until 1994, when she bought the gallery. Evelyne had had a gallery in both Paris and England for many years, and it was under her tutelage that Meg made many of her international artist and dealer contacts. She continued these relationships after she bought the gallery, and enjoys bringing art to Northeast Ohio that is not familiar to people here.

This event is free and open to the public.