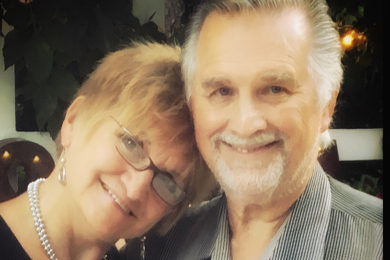 As part of ART BITES series of Professional Practices programs, we are proud to present Art as an Economic and Civic Engagement Engine with Paul Biber and Joan Perch on Saturday, February 24th, 1:00 – 3:00pm at the Artists Archives of the Western Reserve.*

In this program, Paul Biber and Joan Perch will present an informal, 45 minute talk on the topic of art as a means of civil and economic engagement.

Both Biber and Perch are committed arts professionals with over three decades of experience in gallery operations, community arts, arts advocacy and arts based economic development initiatives.  Biber’s first Cleveland art gallery was in the Cleveland Flux building in the Flats, then Art at the Powerhouse, and finally ArtMetro in downtown’s Colonial Marketplace. Perch began her career in the arts as an arts educator, then worked alongside Paul in their gallery businesses, and was the founder of RED Dot Project, a social enterprise that marketed the art of NEO regional artists.

In addition to these arts based businesses, Paul and Joan were active leaders in the early arts renaissance in Cleveland:  on the organizing board of the early Arts Summits at Cleveland City Hall, founders of the Sparx Arts Hop (now the Sparx City Hop), and arts coordinators in the first Ingenuity Festivals of Art and Technology.

Lorain County residents, Biber and Perch then founded the first county wide community public arts project in Lorain County, Follow the Fish Art and Adventure Trail, and the Fire Fish Festival, now entering its fourth year in downtown Lorain under Executive Director James Levin. Perch, former Coordinator of Lorain Community Colleges’ Beth K. Stocker Art Gallery, also founded the FireFish STEAM Academy, an arts apprentice program for urban teens now housed at the new LCCC Center for Ideation and Invention, where she currently coordinates programming and outreach.  The Center houses the second Fab Lab in the United States, an international initiative connected to Neil Gershenfeld’s “fab labs” at MIT and around the world, and is now offering FAB Art Fridays on the 4th Friday of every month in an effort to build an artist/maker community experimenting with new ideas and technologies.

Art as an Economic and Civic Engagement Engine is FREE and open to the public courtesy of a matching grant provided by Cuyahoga Arts and Culture (CAC), however, please click HERE to register on Eventbrite, or call 216.721.9020 to make reservations.

AAWR is fully wheel-chair accessible and has ample free parking both in its adjacent lot as well as on East 123rd Street.  Light refreshments will be served after the program.

The Artists Archives of the Western Reserve would like to thank Cuyahoga Arts & Culture for making the program free, courtesy of a matching grant a well as the Ohio Arts Council, the George Gund Foundation, the Bernice & David E. Davis Foundation, the William Bingham Foundation and the Zufall Foundation for their continuing support.