AIDS and visual art are inextricably linked. From the searing images of David Wojnarowicz to ACT UP’s powerful SILENCE = DEATH campaign and the countless lives memorialized by the National AIDS Quilt, art has been used as a call to arms and means of comfort for an entire generation impacted by the disease.

Join the Artists Archives on Wednesday, October 6th for ART + AIDS, a virtual panel discussion exploring the relationship between creative expression and the AIDS epidemic, including the ability of art to raise awareness, enact social change, and provide pathways to healing. Moderated by historic LGBTQ+ activist Martha Pontoni, the panel includes CONVERGE exhibiting artists Gil Kudrin and M. Carmen Lane, as well as Daniel Marcus, co-curator of the pivotal Art After Stonewall exhibition.

“The reason AIDS had such a good PR campaign was because it had to,” panelist and long-term AIDS survivor Gil Kudrin explains. “Because no one was paying attention. It was get noticed or die… so we demanded it.” In the words of Gran Fury, ACT UP’s infamous graphic design collective, art was a powerful means to “get drugs into bodies,” which through unapologetic advocacy and sheer tenacity, is precisely what it did.

The panel will also discuss the regional impact of AIDS, and the response of Ohio artists to the epidemic. As Daniel Marcus describes, “while the role of artists as AIDS activists features centrally in histories of the HIV/AIDS pandemic, the story is almost always told—not unjustly—with New York and San Francisco as its focal points. Through my curatorial work on Art after Stonewall, I became interested in exploring alternative legacies of ‘cultural activism’ rooted in and around Central Ohio.”

As recently as 2017, Cuyahoga County had some of the highest new HIV diagnosis rates in the country, with gay/bisexual men of color contracting the disease at twice the rate of their white peers[1]. Panelist M. Carmen Lane, a socially engaged artist, educator and consultant has experienced first-hand the impact of AIDS on the region, including on the African American LGBTQ+ community. Lane describes, “I was born in 1975, by age ten I was acutely aware that the environment that I lived in didn’t like people like me because of the intersections of my race and gender…By my twenties my awareness expanded—that human beings with social group identities labeled marginal by society made one vulnerable to infection and targeted for being HIV positive by the very system that put you at risk. I’m almost fifty and these conditions still exist.” 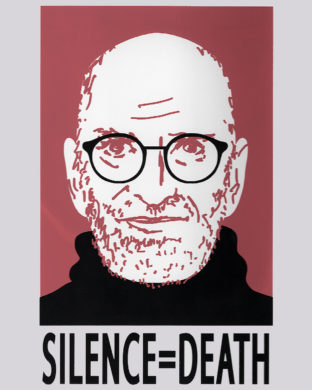 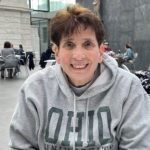 About Moderator Martha Pontoni: Martha is the former publisher and founder of the Gay People’s Chronicle. In 1989, she was instrumental in starting the Pride Celebrations here in Cleveland and bringing the Names Project Quilt when it was first starting and still small enough to fit in the Convention Center. She now works as a Business Analyst and is an assistant to her artist wife, Kelly Pontoni. 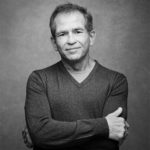 About Panelist Gil Kudrin: Gil has been one of the principal designers at Nightsweats & T-cells for the last 31 years. His sense of design was born organically from his work in the trades; cabinet making, carpentry, landscape design, home renovation and wood working. An appreciation for architecture and an education in Environmental Technologies ( system design ) have help shape Gil’s approach to all design and art projects relying on clean lines and precise messaging. Gil arrived at Nightsweats & T-cells on a busy Friday morning in 1990 and soon realized that this was going to be a pivotal point in his life and career. He enrolled at The Cleveland Institute of Art studying design and digital art… Followed by many years of courses in Adobe software, web design and coding at Cuyahoga Community College. The screen printing industry was on fast trajectory from mostly old school hand drawn illustrations and type setting with press type (Letraset) to digital direct to film output and higher efficiency.

The first Time Nightsweats & T-cells showed a full array of work was in 1991 at Cleveland Pride. October of 1992found Gil and Nightsweats & T-cells in Washington, D.C. on The National Mall side by side with ACT UP during a 3 day event and a display of The AIDS Memorial Quilt. Nightsweats & T-cells provided Gil and other people living with HIV/AIDS a voice that by 1994 reached across the world. Bookstores, shops and galleries that catered to the LGBT/HIV communities carried their product, designs, art and messages from London to Hawaii.. The custom screen printing end of the business allowed Gil to collaborate on design, art preparation and production with the likes of Hillary Knight, Bob Mackie, John Lithgow, Bernadette Peters, David Gallo, Lin-Manuel Miranda and Russell Preston Brown (senior creative director of Adobe) to name, but a few. gil worked with many events from “The Day of Silence”, V-Day, The National LGBT Health Conference, The Ohio AIDS Coalition, National Minority AIDS Council to The President Bill Clinton’s Work Incentive Legislation and President Obama’s Nation HIV/AIDS Policy and implementation.

Gil has lectured at over 100 conferences, Universities and events. Teaching print making at University level is always a unique opportunity to share knowledge passed to Gil by master artists and printers. He is currently working on his own Covid delayed Dutch brand gijs-ink. 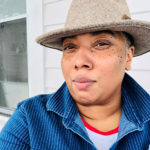 Lane’s work has been published in numerous journals and anthologies including the Yellow Medicine Review, Red Ink Magazine, Anomaly, and the Lambda Literary Award-nominated Sovereign Erotics: A Collection of Two Spirit Literatures. Lane’s first collection of poetry is Calling Out After Slaughter (2015). Lane has exhibited work during the FRONT 2018 triennial group show by Michael Rakowitz, A Color Removed at SPACES Gallery and at EFA Project Space’s Spring 2019 exhibition In The Presence of Absence. Lane was a 2018 Creative Fusion artist-in-residence and recipient of the 2019 Room In The House artist residency at the historic Karamu theatre. In 2020, Lane was awarded a Joyce Award with ATNSC: Center for Healing and Creative Leadership. They are currently exhibiting work at the Riffe Gallery in Columbus, Ohio and Lake Erie College as part of the group exhibition CONVERGE, of Northeast Ohio based LGBTQIA artists.

Lane attended Earlham College receiving their BA in Women’s Studies with a focus in feminist art history, theory & criticism and later earned their MS in Organization Development & Change from American University. Lane was a recipient of both the AU/NTL Segal-Seashore Fellowship and Hal Kellner Award. Lane is an Amanda Fouther scholar/member of NTL Institute for Applied Behavioral Science and Wordcraft Circle of Native Writers and Storytellers. In 2016, they became a birth/postpartum and end-of-life doula. In February 2020, they were an artist-in-residence at the Alice Kaplan Institute for the Humanities at Northwestern University. 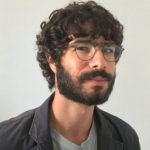 About Panelist Daniel Marcus: Daniel Marcus is Associate Curator of Exhibitions at the Wexner Center for the Arts and Lecturer in the Department of History of Art at The Ohio State University. He was previously the inaugural Roy Lichtenstein Curatorial Fellow at the Columbus Museum of Art, where he co-curated with Jonathan Weinberg, Tyler Cann, and Drew Sawyer the acclaimed exhibition Art after Stonewall, 1969-1989. His scholarly research, teaching, and exhibition projects have lately converged around histories of art and activism, with an emphasis on the relationship between artistic form and movement politics.

About CONVERGE: The Artists Archives of the Western Reserve is proud to present CONVERGE, a massive visual art exhibition held in partnership with the LGBTQ Center of Greater Cleveland, Lake Erie College, Judson Manor, and Cleveland MetroHealth. Curated by Kelly Pontoni, with co-curators Sam Butler, Tony Williams, and Mark Yasenchack, CONVERGE features 70 Ohio LGBTQ artists and over 140 works. On view until October 16

About the Artists Archives:  The Artists Archives of the Western Reserve (AAWR) is a unique archival facility and regional museum created to preserve representative bodies of work by Ohio visual artists. Through ongoing research, exhibition, and educational programs the AAWR actively documents and promotes this cultural heritage for the benefit of the public. The Artists Archives of the Western Reserve would also like to thank Ohio Arts Council, Cuyahoga Arts & Culture, the people of Cuyahoga County, the George Gund Foundation, the Bernice & David E. Davis Foundation, the William Bingham Foundation and the Zufall Foundation for their continuing support.